The hazelnut became Oregon’s official State Nut in 1989. This is fitting considering that 99% of American hazelnuts come from Oregon and grow on 70,000 acres ran by about 800 families. The total value growers received for their hazelnut crop has averaged nearly $70 million during the last five years. This translates into a total economic impact of more than $150 million in Oregon. With the abundance of hazelnuts (originally called filberts) being grown in the state, it’s clear that storage is on high demand. That is why the Wilco/Hazelnut Growers of Oregon jumped on the opportunity to build an 11-million pound, “state-of-the-art” storage facility relying on West Coast Companies for design and various storage, packaging and conveying equipment. Due to the fluidity of West Coast equipment knowledge pared with proven installation and fabrication experience, HGO also chose to partner with our affiliate company, American Ag Systems, to bring the project vision to life.

It was in 2016 that Wilco merged together with HGO and during this time started working with both West Coast Companies and American Ag Systems on the logistics of the project. In 2018, the plant relocated from the town of Cornelius to Donald, Oregon—where they’re provided a larger infrastructure and ability to build the new plant for HGO. 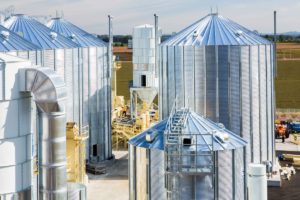 All parties involved collaborated thoughts and ideas in designing a top-notch structure of four 15’ diameter SCAFCO hopper bottom bins, one 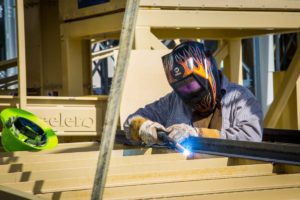 A Hamer-Fischbein full industrial bagging line was installed paired with end-of-the-line robotic palletizing solutions from Columbia Okura. LMC bucket elevators and drag conveyors can also be found within the build. While putting together the various parts of this project, it was critical to ensure each step of the project maintained food-grade compliant standards. 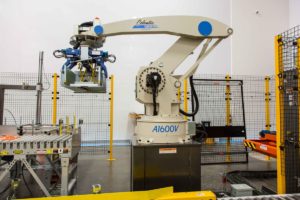 The innate belief at West Coast Companies and American Ag System is that each piece of equipment is only as good as the equipment that comes before it. This ensures each step of the process is being completed to the up most efficiencies and quality standards. For this reason, West Coast Companies only choses to work with the best, most reliable, vendors in the industry.

In August 2018, a week before the official grand opening, Wilco/HGO hosted Hazelnut Society of Oregon’s annual summer tour and tradeshow which brought well over 1,000 attendees eager to see the state-of-the-art facility. During this time, West Coast Companies various vendors attended to see the finished project and to speak with interested attendees. After attending the event Jim McDonald, SCAFCO CEO, stated “The workmanship was excellent, and the HGO event was a beautiful showcase for SCAFCO products,” on their company website, http://scafcograin.com/language/en/category/news/ 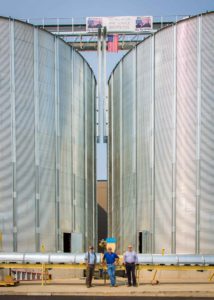